Who's ever heard of a kitty litter cake? I know I have. Though I have never sampled one, let alone made one. I took on the task of creating one for my office Halloween party. Dessert hour allows us to get really creative with food decorations and the whole Halloween theme. After our lunch hour of monster eyes mac-n-cheese balls, skeleton stew, mummy wraps and other Halloween creations we were ready for dessert. Everyone was excited to see and try my kitty litter cake. At least, we thought we were...it looked creepily real... 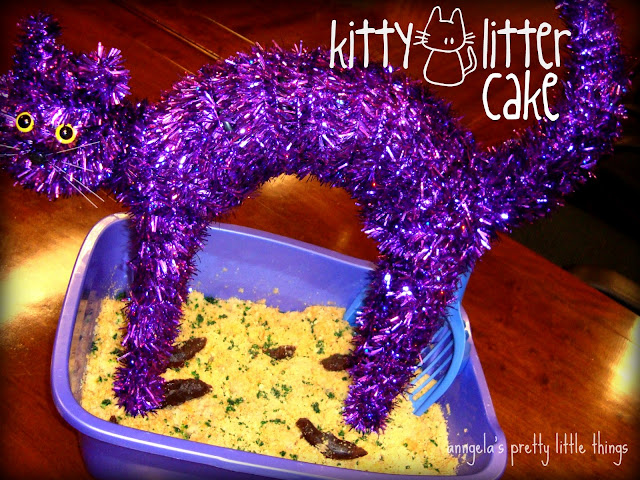 After staring at it and discussing it along with the other desserts for at least 10 minutes, someone was finally brave enough to dig in.
"This is the best kitty litter I've ever had."
Well, that was good to know. :) 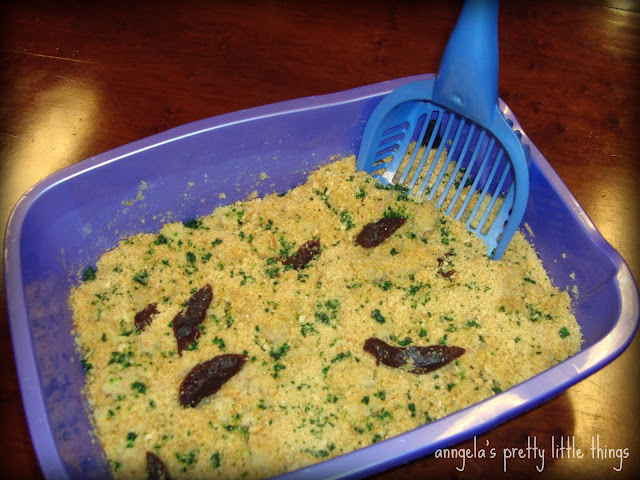 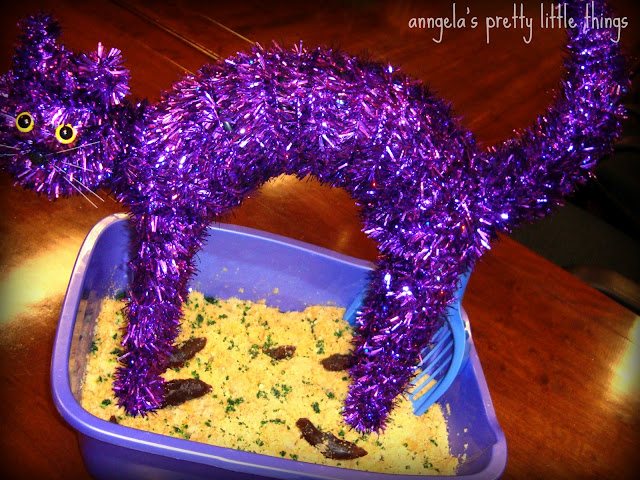 It was definitely a success. Thankfully. I was afraid it'd taste as bad as it looked. We even used the scooper to serve ourselves. :)
This was so simple to make. It took some time, but nonetheless, it was very easy to make. I made my own variation from the below recipe found on AllRecipes.com. My comments/changes (based on other reviews and my taste) are in purple. The end result was a super moist white cake. Not too gooey, and not dry at all. Very similar to a cake pop consistency--with almost the taste of raw cake batter. YUM!! 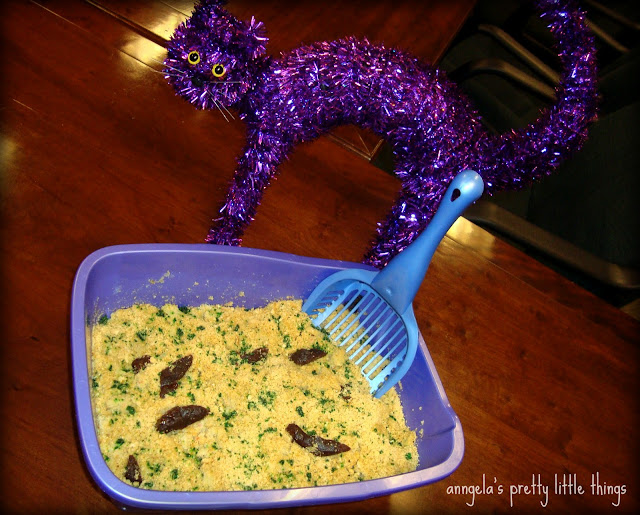 This was the remainder of the cake after dessert hour. Only one 'nugget' was left over--I guess the word got around that it tasted pretty good! :) 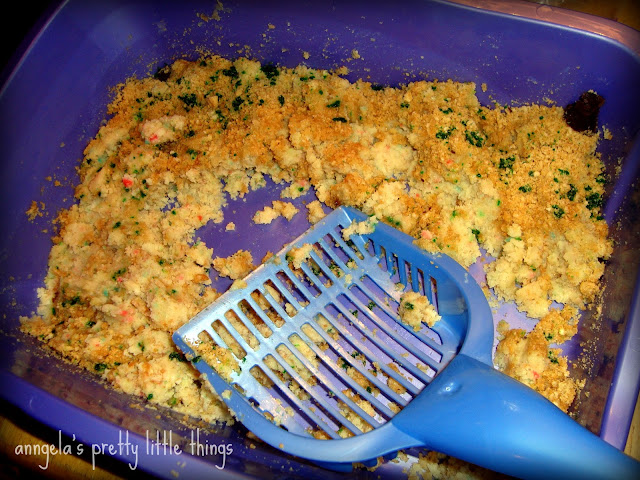 After making this for the first time it's safe to say I'll definitely be making one again in the future for other Halloween parties. It was a hit. Now, if you want to go less gross, you can create cute desserts like Francesca and Rebecca did... 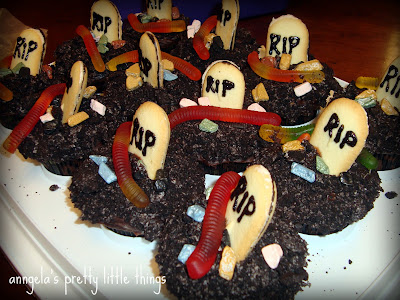 'Tombstone' and 'Ding Dong the Witch is Dead' cupcakes!! 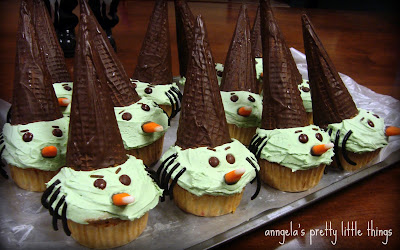 They were SUPER yummy too!!

Email ThisBlogThis!Share to TwitterShare to FacebookShare to Pinterest
What it's about: baking, halloween, recipes

Found you on Skip to my Lou this morning. Love the Kitty Litter cake! Too funny :)

Sooo creative..lollol..Totally a fiesta I've seen...I would LOVE for you to please share this awesome post at my 6Wicked Days of Halloween party today pweeease... http://theartsygirlconnection.blogspot.com/2011/10/flash-back-halloween-6-wicked-days-of.html ..wishing u a spootacular day :))

Oh my gosh how gross is that kitty litter cake! It would be lots of fun at a halloween party though! Love your blog and I am your newest follower.

That kind of grosses me out although I'm sure it was tasty! lol.

Oh my goodness!! This is AWESOME! And perfect for us, we have two cats. I'm sure it's tasty too! Can't wait to try it.

Check out my blog at: